Exploring the Trend of Violence against Women in India 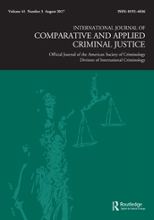 India is witnessing growing violence against women including horrific rapes even in major metropolitan areas that have attracted considerable media attention. Insecurity and physical threat to women is real and a major concern. Justice Verma Commission that examined the Delhi rape case has recommended several measures including changes in laws involving crimes against women, yet little has changed. In this paper we conduct a variety of qualitative and quantitative analyses using open source data to understand the nature and extent of crimes against women in India. Police records indeed suggest a growing escalation in serious crimes against women. The paper also critically examines the efforts of the police and others, particularly non-governmental groups to combat such crimes. A number of policy recommendations are made for prevention including comparative efforts in Korea where crimes against women are similarly serious.