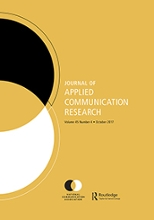 Guided by control theory, this study examines memorable messages that women on probation and parole receive from their probation and parole agents. Women interviewed for the study were asked to report a memorable message they received from an agent, and to describe situations if/when the message came to mind in three contexts likely to emerge from a control theory perspective: when they did something of which they were proud, when they stopped themselves from doing something they would later regret, and when they did something of which they were not proud. The types of memorable messages and the reactions to these messages within the three contexts were coded, and differences between women on probation versus parole were examined. Overall, a greater proportion of women on parole recalled memorable messages, and the most frequently reported type of memorable message was behavioral advice. Women reported that the message helped them do things of which they were proud, such as engaging in routine activities and fulfilling goals; helped them to not give into urges that could lead to further negative sanctions or feelings of regret; and came to mind when they relapsed. Practical implications of the findings for training are presented.